Join Our Newsletter
Shop Our Store
MAIN MENUMAIN MENU
By Matthew Maruster on October 19, 2022 in survival

Two college wrestlers in a group hunting for shed antlers in the Shoshone National Forest of Wyoming fought for their lives after a bear attacked them earlier this month. 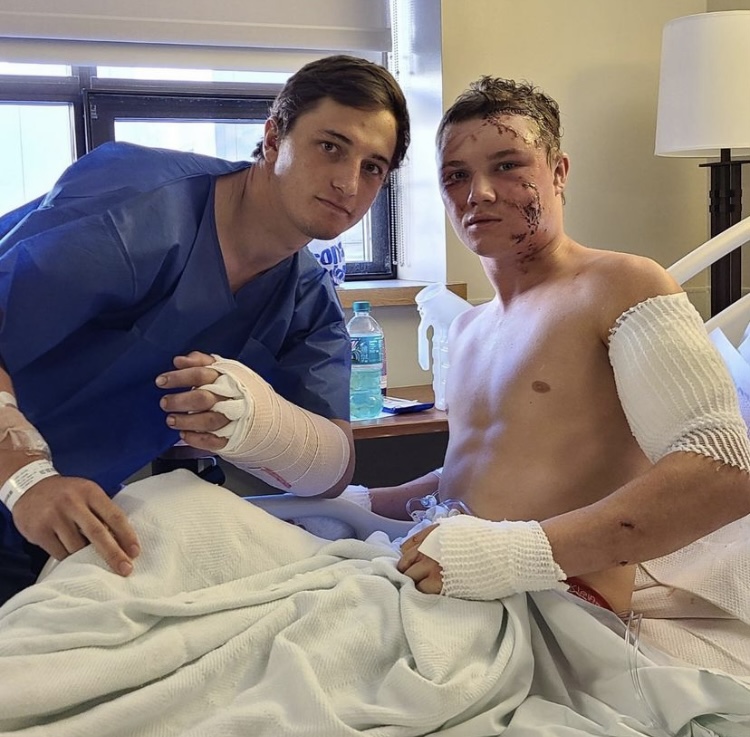 A group of wrestlers from Northwest College were searching for shed antlers when a bear surprised the group and attacked one boy called Brady Lowrey. According to the survivors and witnesses, the bear began the attack by biting into Lowry’s arm, shook violently, which fractured his arm. Following popular advice, Lowry curled up in a ball. The bear continued the attack. Lowrey said the bear continued the attack, “biting my back, my butt, my shoulder,” he said.

I didn’t want to lose my friend. It was bad. There was a big ol’ bear on top of him. I could have run and potentially lost a friend or get him off and save him. -Kendall Cummings

Thankfully for Lowrey, a teammate called Kendell Cummings was nearby. Although Cummings faced serious bodily injury or death, he helped his friend fight the bear instead of running away. Cummings yelled, threw things and even grabbed the bear’s coat in hopes he could disrupt the attack. 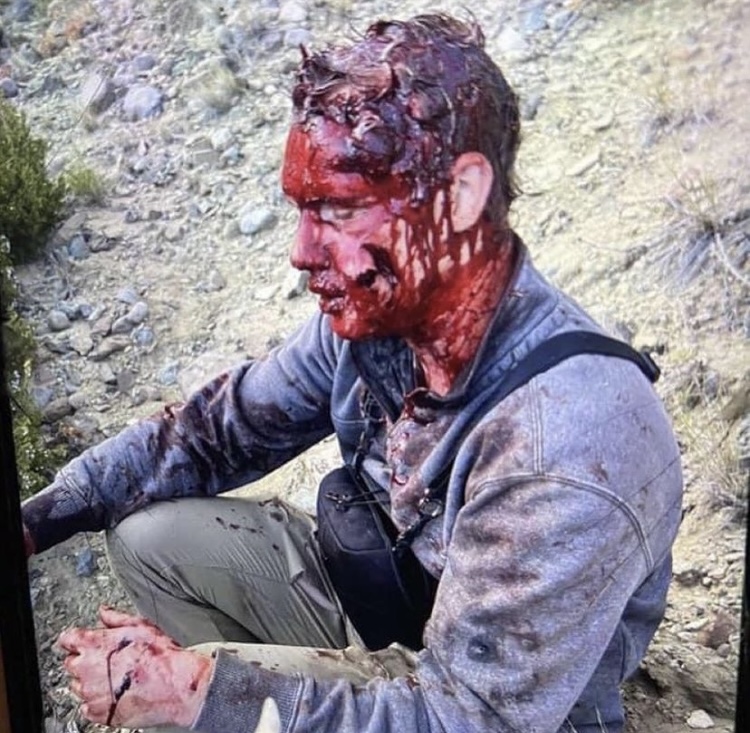 Cummings successfully diverted the bear’s attention away from Lowrey. Unfortunately for him, the bear turned its attack toward Cummings, savagely mauling his arms and head. Lowery used the opportunity to crawl to a place where his cellphone worked, so he could call 911.

The bear eventually stopped its attack and left the area. The guys coordinated with emergency dispatchers on a location they could meet for a medical helicopter extraction. With the help of two other guys in the group, Cummings and Lowrey made it to the location and waited for help. 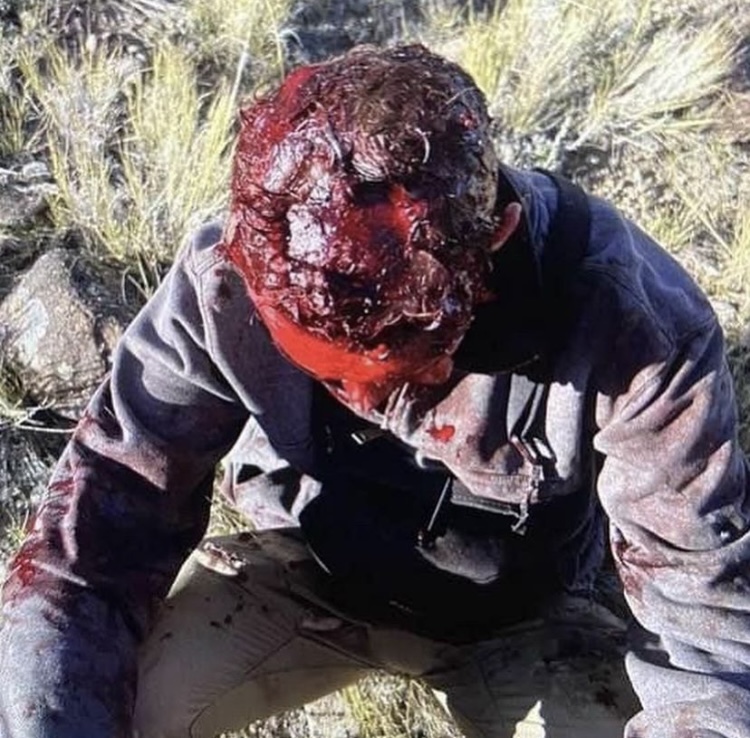 Bear attacks are much more common than most people would suspect. The list of stories I’ve included below is just from the last 30 days.

[VIDEO] Climber gets attacked by bear on side of cliff

‘Chewed Her up Bad’: Bear Hunted Down Woman in Rare Predatory Attack

Bear Attacks Alaska Boy, 9, As He Hunts for Moose

If you go out into forest areas where you have the potential to come across dangerous wildlife, there are some things you can do. 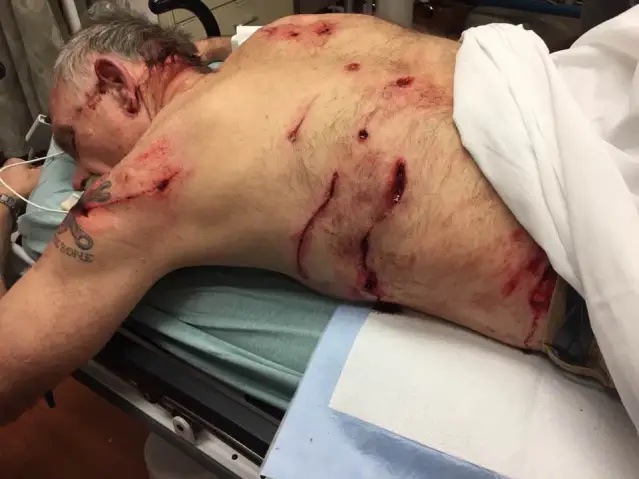 First, carry a firearm. A guy named Dean Weingarten thoroughly documented 104 different bear attacks and found firearms were effective in 97% of the incidents. Here is a link to that article.

Despite this, the National Parks Service (NPS) website advises against carrying a firearm. They say a firearm can “make the attack worse.” The following I took directly from the NPS website:

Using a firearm during a bear attack may only worsen the attack. An injured bear will be more aggressive, especially during a fight. It’s also harder to hit a charging bear with a firearm rather than bear spray, and a firearm can be dangerous to any hiking partners. While firearms have been effective at stopping an attack, they aren’t recommended. -National Parks Service website

You decide on whether to carry a firearm in bear territory. My recommendation is to carry one and know how to use it. If you do, you may have to navigate different gun laws in the various national or state parks. Here is a FREE resource to help with that.

You also may want to carry bear spray, which is similar to OC or pepper spray used on aggressive people and dogs. Documented instances of people using bear spray successfully exist. However, if it were me, I would carry bear spray in addition to a firearm, not instead of one. 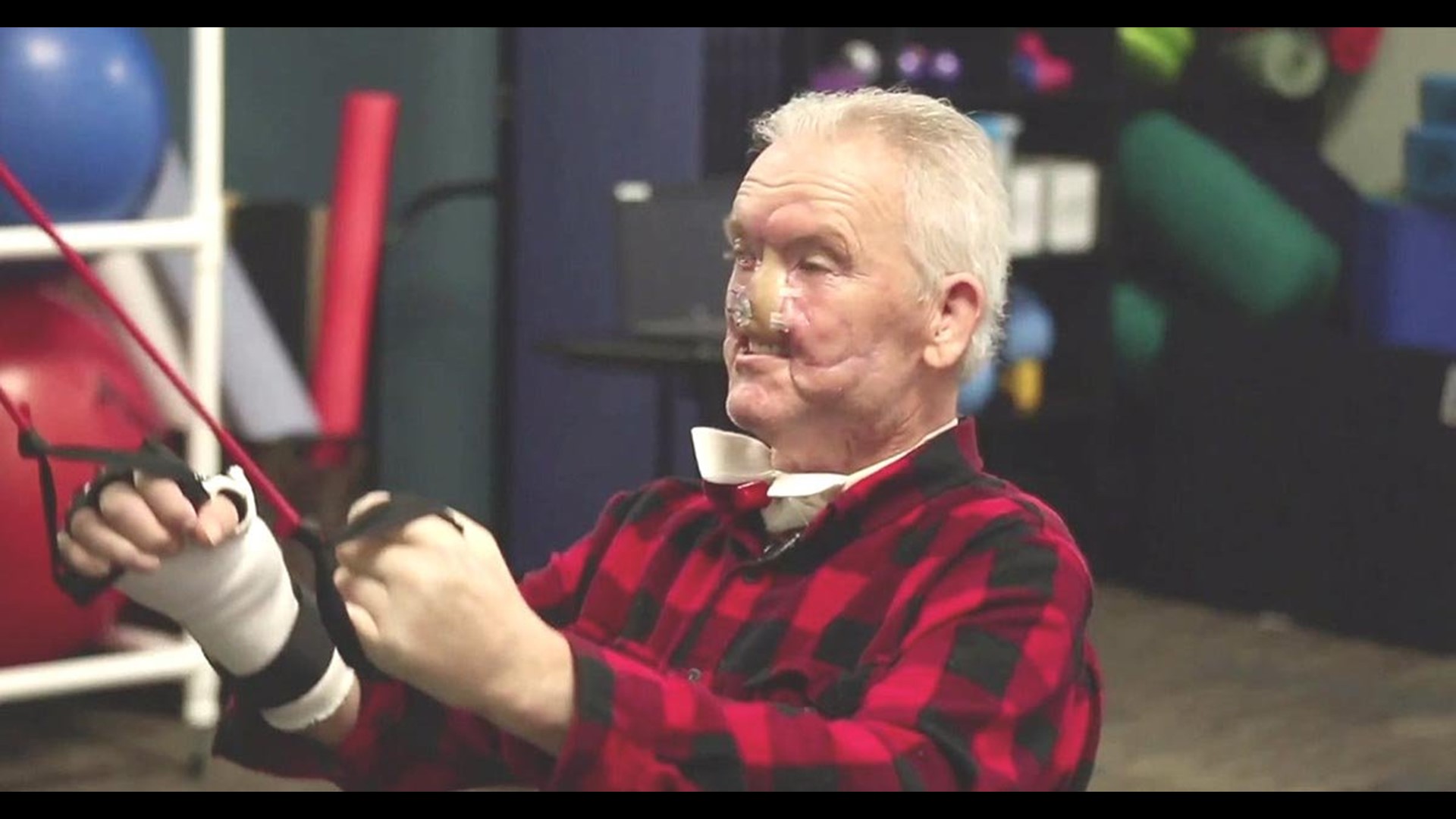 Avoiding a bear all together is the goal. I’m not an expert in bear behavior, so I will not give advice here. However, there is a lot of advice on best practices to avoid bears and actions to take if you cross paths with one.

It seems there is general advice that the best course of action when attacked by a grizzly is to curl up, protect vital areas, and play dead. For black or polar bears, you’re better off fighting back. With black and polar bears, it may also serve you better to make noise and appear large, as opposed to a grizzly, where you want to quietly and slowly try to disengage.

Again, I am not a bear expert, and I’m not offering this as a guide to surviving a bear attack. From reading many accounts of bear attacks, there are many variables and the behavior of these large animals is very unpredictable. You need to study and determine what advice or tips you follow for dealing with bears. 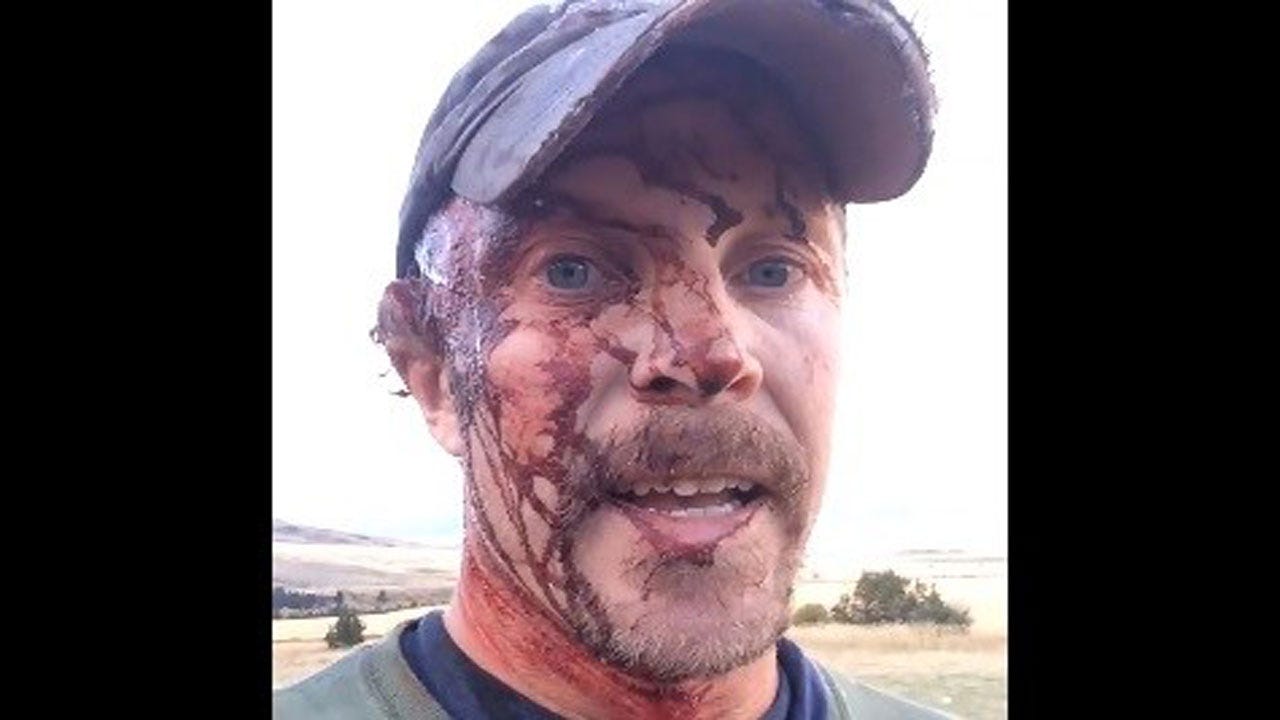 If you’re interested in reading the medical report of treatment of a black bear attack victim, you can read it here..

Understanding how to interact best with a bear is great. Possessing the will to survive an attack is vital. Carrying a firearm and bear spray is also quite smart. But I would be remiss if I didn’t mention the necessity of carrying emergency trauma gear whenever you head out to do something like camp or hike. Mountain Man Medical has a trauma kit specifically for this purpose called the Base Camp. The Base Camp has important gear necessary for treating most injuries you’re likely to sustain out in the wild. They also have a scaled-down version you can carry when you venture away from camp. That one is called the Tracker. 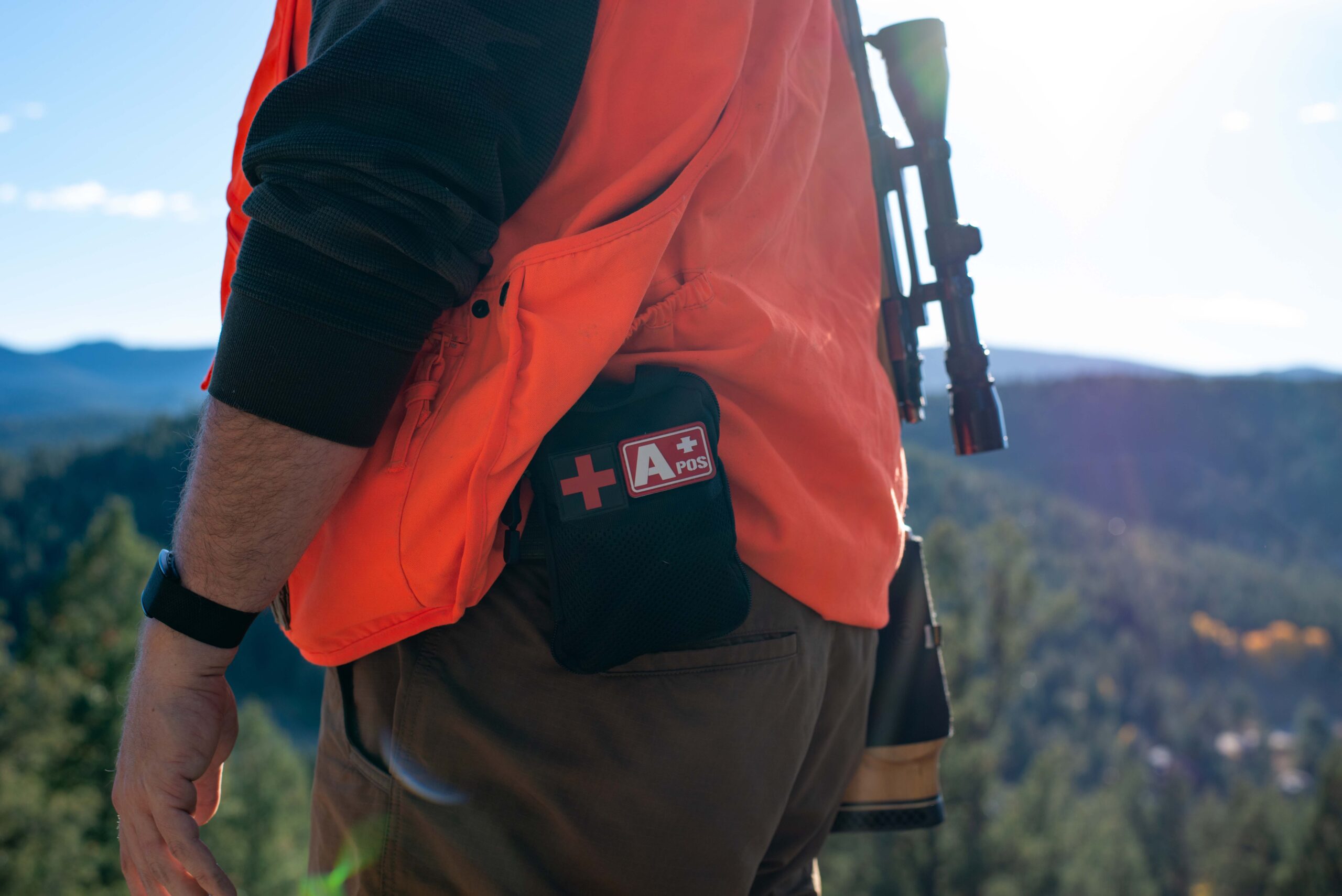 By the way, I have yet to find trauma kits with the same gear at a lower price than on Mountain Man Medical’s website.

If there is one thing I would hope the reader would get from this post, that would be to give serious consideration to carrying appropriate trauma gear whenever you’re in the outdoors. The gear and ability to use it may be the only thing that saves someone’s life. 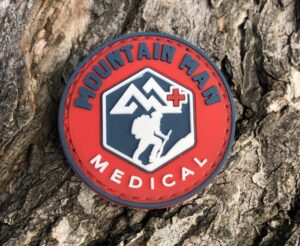